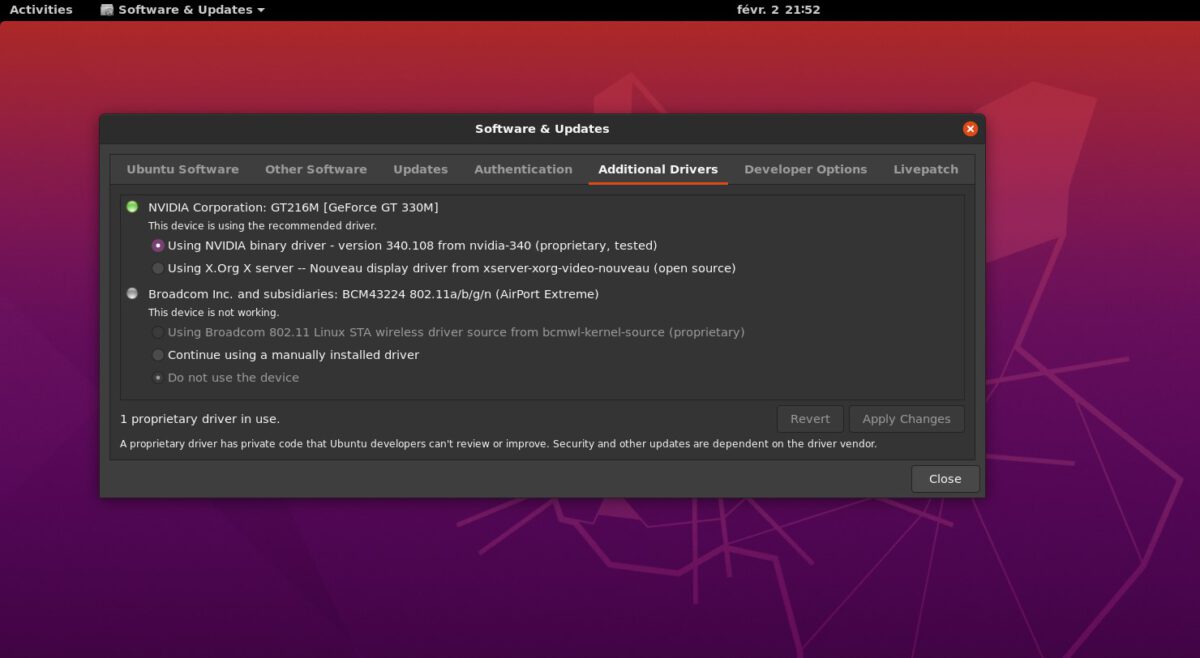 Regularly I got a ‘white noise’ screen after closing/opening the laptop lid without logging out. Apparently that is a graphics driver issue. Luckily there is a simple way to switch over to the proprietary Nvidia driver.

As I was sitting on the coach I wanted to do this via remote desktop from my Windows computer. Also that was quite straightforward.

Still have to test the new graphics driver, though…

And update, one day later:

OUCH. Restart does not work. Everything dead. Not ssh connection. Reboot aborts. Black screen. Need to re-install everything.